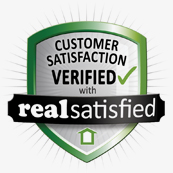 "I would recommend Sabina Chambers to my family and friends in need of selling their home. She was always just a text away with any questions I had. Very friendly and a great approachable personality. Sabina made me comfortable during a process that can be very stressful."

"She was simply the best I've ever worked with and will definitely use her again if needed."

"My property was a horse farm. I had wasted two years with two different agencies and three different Agents (2 from one agency). They did not know that horse farms are valued, priced and assessed very differently. Regular Agents simply see a house on acreage and do not see it as a horse farm. These Agents also had no communication. Sign went up and I never heard from them. One of them never spoke to me until the week my contract was up. I was notified about showings electronically, via a website, and often there was confusion if there was a cancellation and a rescheduled showing. Sabina always contacted me personally. Even if her wonderful assistant Sue called first, Sabina always called me shortly thereafter. I spoke so Sabina at a minimum of twice a week (more than my previous Agent in 6 months). My Agent before Sabina, thought my property should have been priced much lower and didn't understand that certain amenities actually get appraisal value. I was frustrated at every turn. Had I stayed with this Agent, my property would have never sold and I wouldn't not have gotten the contract price that I did. From the word go, Sabina was on top of it. She knew I was priced correctly and set off marketing it properly. In addition, because Sabina is plugged in to the equestrian industry, she has an expanded target audience of potential buyers. Everything in the process was tailored to my property. Sabina understood the special nature of selling a horse property and marketed the property/house as such. Sabina was at every showing, whether a Buyer's Agent was there or not. This is crucial. I cannot say this enough. She points out what a regular residential RE Agent would not (no fault of their own). I cannot express my true gratitude for Sabina and what she did for me, representing my property. I sing her praises to whoever will listen. Not only did I have a super Agent, I now have a good friend. My only regret was not utilizing Sabina and her skill set sooner in the process. We were under contract 2 1/2 months when nothing happened in 2 years with the other Agents/Agencies. All I can say is that if someone has a horse property, they must use Sabina. If one does not, I believe they still must select Sabina, due to her attention to detail, the respect and attention she gives to each client and their property and her guidance through the entire process.

Sabina's performance was top notch. She was light years above the others that I had worked with and other's who I had heard their reputations (list em and leave em). She was always accessible. I never had to call her though, b/c she was always contacting me. In fact we had an opportunity to rent it to someone until their property sold out of state and then they would buy. Sabina knew I wanted to leave, but encouraged me to hold on, because we were having great showings and she knew a buyer was right around the corner. She of course was right. I listened to her expertise and it paid off.

As stated before, Sabina guided me through the entire process. My property was for sale for much longer than it was listed with Sabina. So in the section where it asked about length of time, I put only the time it took listed with Sabina. Her marketing was top notch. We never had any open houses, but she was there for Inspections. She was front and center for everything and represented me at every turn, from listing to closing. I couldn't have done it with out her!!"

"I would highly recommend Sabina"

Sabina Chambers is very friendly and trustworthy. She was always easy to talk with and very knowledgeable about the industry. Always took the time to answer all of our questions and make sure we knew what to expect every step of the way. She did great work on our open house and excellent job with our competive analysis to get a good sale price quickly!"

"Sabina, is the type of agent that gets her heart and soul into your property. She has always displayed a professional attitude with the blend of really caring for her client. I would recommend her to any person that I know that is listing a property.

Sabina's experience in the tri-county area is one of the best by comparison to other agents. She has the ability to list and sale your single family home as well as a large operating horse farm. My father is a broker and has been for the past 30 years so I have worked around a lot of agents. I would have to say that Sabina ranks in the top 5% of all the many agents I have dealt with in the last 30 years."

"Sabina Chambers is one of the best realators I have ever worked with, Her experience and knowledge helped make my relocation less stressful. I knew she was working hard on my behalf, Also she has awesome people skills!"

"Sabina Chambers knew so much about the area and type of home we were looking for. Since we were new to the area, she even suggested some places to visit. She is very friendly, patient, anticipates her buyers needs and questions & offers information they may not think to ask. She cares about her clients."

"Sabina Chambers , went 110 % to get any or answer any questions that we asked , We would only ask for her again!!

"Sabina Chambers is the only realtor in the area with the equine knowledge needed to successfully market a horse farm. She is a wonderful person and truly cares about her clients. Her ethics are unmatched!"

"You may use my comments above."

"Sabina Chambers was very considerate about letting us know the timing of all the steps. Even though her specialty is in a different area she was willing to assist us in finding our dream vacation home.

She kept in touch with us in a timely manner and would answer all our questions quickly. We appreciate all she helped us with."